“Seek ye first the kingdom of God, and his righteousness; and all these things shall be added onto you.” 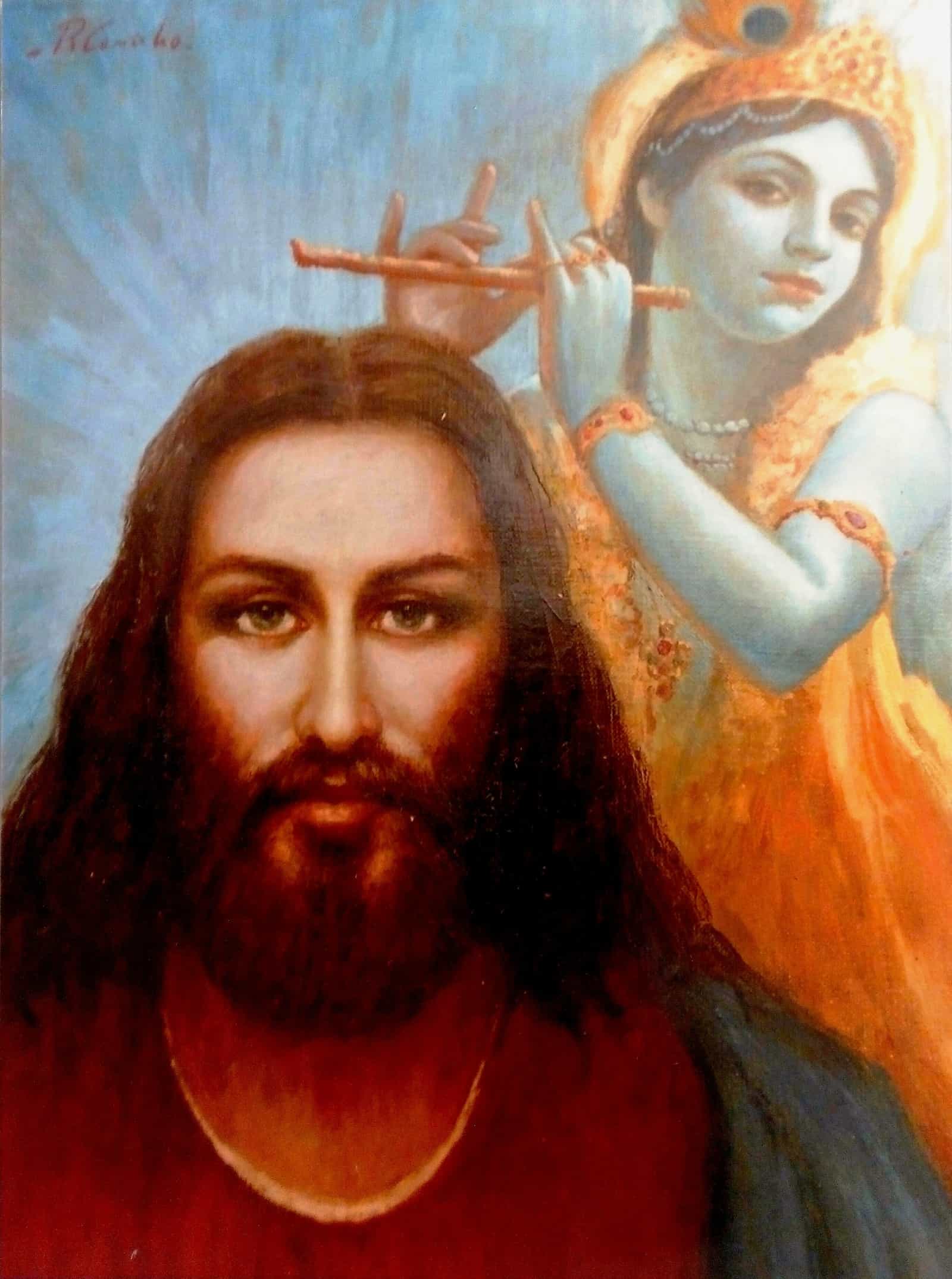 Jesus Christ is reverently placed at the center of our altar. Yogananda said, that Jesus appeared to Babaji (who was Lord Krishna in a previous lifetime) and said, “My followers have forgotten the art of divine inner communion. Outwardly they do good works, but they have lost sight of the most important of my teachings, ‘to seek the kingdom of God first.’” Because of Jesus’ request, Babaji commissioned Yogananda as an emissary to the west to bring back the original teachings of Jesus Christ and show the underlying unity of these teachings with the teachings of Lord Krishna.
Yogananda said that Jesus Christ and Babaji (Krishna) are jointly taking care of the spiritual evolution of the world. In the cosmic plan, the time had come to unite the logical reasoning power of the West with the inner intuitive wisdom of the East.

“He who perceives Me everywhere and beholds everything in Me, never loses sight of Me, nor do I ever lose sight of him.”

— Lord Krishna in the Bhagavad Gita


“Even a little bit of the practice of this religion will save you from dire fears and colossal sufferings.” 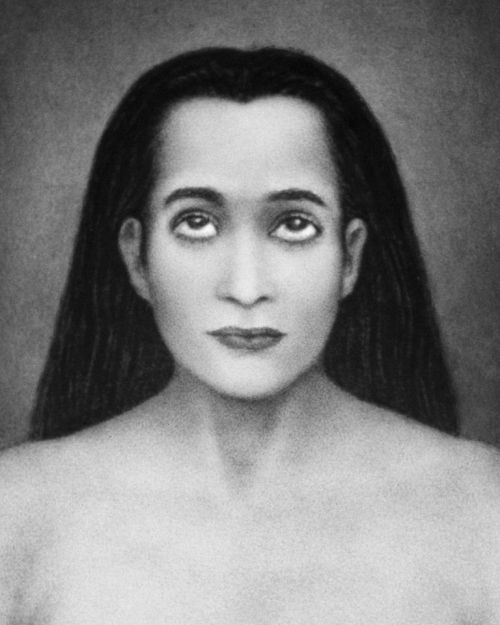 The northern Himalayan crags near Badrinath are still blessed by the living presence of Babaji, guru of Lahiri Mahasaya. The secluded Master has retained his physical form for centuries, perhaps for millenniums. The deathless Babaji is an Avatar.
Great prophets like Christ and Krishna come to earth with a specific mission. Babaji has a unique long term mission. He is directing the work that is concerned more with the slow evolutionary progress of man through centuries rather than any outstanding event of history. Babaji has been chosen by God to remain in his body for the duration of this particular world cycle.
Babaji initiated his disciple Lahiri Mahasaya into Kriya Yoga, thereby reintroducing it to the world after centuries of strict secrecy, and authorized him to teach this sacred technique to all sincere spiritual seekers, who humbly seek to unite themselves with the Divine. 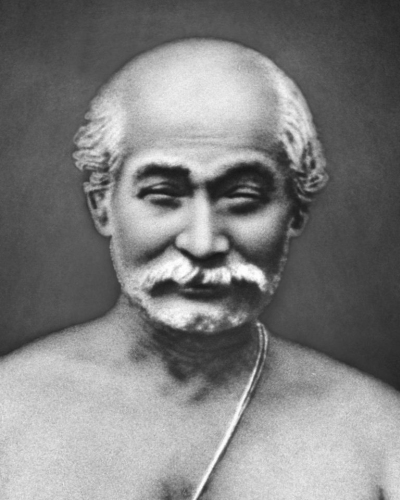 Lahiri Mahasaya was the Guru of Sri Yukteswar. Initiated by Mahavatar Babaji into the sacred practice of kriya yoga, Lahiri Mahasaya gave kriya diksha and spiritual teachings to thousands of students while continuing in the role of a husband and father, and working as an accountant in his home town of Benaras. He was the one who made the sacred practice of kriya yoga available to all sincere aspirants, not just renunciates and ascetics. He was an example of perfect balance of spiritual and worldly duties and inspired many people to seek God and live a spiritual life while dutifully performing all their worldly responsibilities. The harmoniously balanced life of the great householder-yogi became the silent inspiration of thousands. 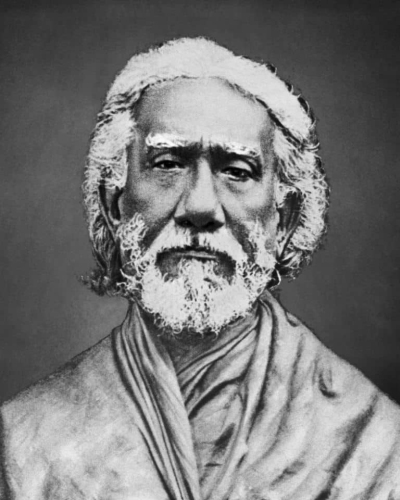 “Forget the past. The vanished lives of all men are dark with many shames. Human conduct is ever unreliable until anchored in the Divine. Everything in the future will improve if you are making a spiritual effort now.”

Swami Sri Yukteswar was the disciple of Lahiri Mahasaya and the Guru of Yogananda. He was especially known for his profound wisdom, intellect, and keen discrimination. He was also a great astrologer and the author of the book ‘The Holy Science’. Although married, he later became a renunciate and established his hermitage at Serampore, near Kolkata. His main role (given to him by Mahavtar Babaji) was to train the young boy Mukunda (later known as Yogananda) for his great mission to the West.

“As long as you are making the effort, God will never let you down!” 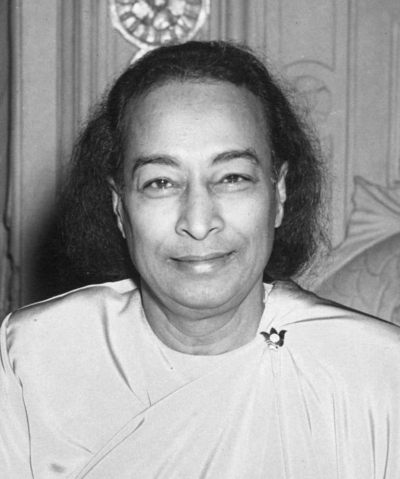 Author of the spiritual bestseller ‘Autobiography of a Yogi’, Paramhansa Yogananda was a great Avatar commissioned by Babaji to expound the yoga teachings in the West and show the underlying unity of the original teachings of Jesus Christ and Lord Krishna.

Born as Mukunda Lal Ghosh in a wealthy family, Yogananda longed for God from his earliest childhood. He later became the first yoga Master who made his home in America where he went in 1920 and stayed till his Mahasamadhi in 1952. Yogananda was the first Master who brought a scientific approach to God-realization by asking his disciples to experience God contact through yoga techniques coupled with devotion. Through the 1920s as he travelled far and wide across the United States, his enthusiastic audiences filled the largest halls of America.
While Yogananda founded centers and organizations, his concern was more with guiding individuals to direct communion with the divine.

“True happiness is not the fruit of years of painful struggle and anxiety. It is a long succession, rather, of little decisions simply to be happy in the moment.” 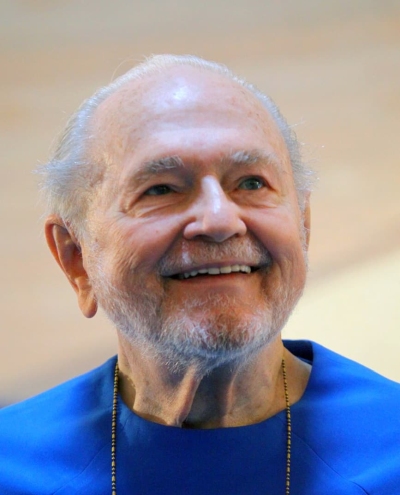 Swami Kriyananda (J. Donald Walters) was a direct disciple of Yogananda. He came to his Guru at the age of 22 and trained closely under him for the next three and half years till the latter’s Mahasamadhi in 1952. After his Guru’s passing, Swami Kriyananda spent the rest of his entire life expounding his Guru’s teachings through books, music, lectures, several courses and building spiritual communities on the lines of World Brotherhood Colonies as envisioned by Yogananda.

In 1968, Swami Kriyananda founded Ananda Sangha, a world brotherhood community for living and practicing the spiritual teachings in mutual harmony. Ananda Sangha has many centers across America, Europe and Asia.

Yogananda would often tell the younger Walters, “You have great work to do.” In spite of the incredible accomplishments that Swami Kriyananda achieved in fulfilling his Guru’s mission, at the end of his life he stated in reply to a question, that he would like to be remembered only as a good disciple of his Guru. 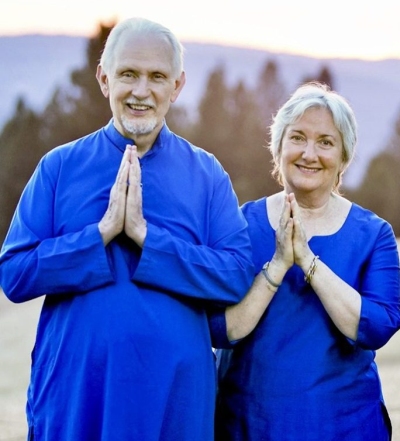 Nayaswamis Jyotish and Devi travel around the world extensively sharing the kriya yoga teachings and have initiated many hundreds of people into kriya yoga. They have authored many books and have dedicated their lives to inspiring and guiding people to live these spiritual teachings.